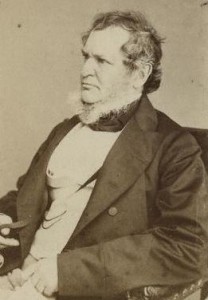 There has been much media coverage recently of the scandal of baptismal certificates being used as a religious test for admission of young children into our National Schools. The personal stories from affected families have been published in the national media. We know Nikki Murphy’s (son Ruben), Paddy Monahan’s (son Cormac) and Roopesh Kumar Panicker’s (daughter Eva), and more stories. Although Eva has now been admitted to a National School it is some 6 km away from the family home and being under Roman Catholic patronage there is no separation of the periods of religious instruction and faith-formation from the secular curriculum as required by Rule #54 (The Rules for National Schools, 1965).

Suddenly the new Irish like Roopesh Kumar Panicker are asking questions of Irish society it has been happy to brush under the carpet. People have been willing to have a child baptised to get them into certain schools. Suddenly there is a demand to stop these baptisms and find a more equitable way to address education in this country.

Of the election manifestos that have been published so far only the AAA/PBP grouping and Renua propose any meaningful reform.

Citizens to Separate Church & State (CSCS) and Irish National Schools Trust (INST) have joined forces to seek the following reforms in primary education from the political parties and groupings now that the General Election has been declared for 26 February.

The Constitution Review Group Report of 1996 (Chaired by Dr. K. Whittaker) called for the modest reform we seek:

“Yet it seems implicit in Article 44.2.4° that a school in receipt of public moneys cannot insist on a policy such as admitting only co-religionists as pupils, and the practice of an integrated curriculum would appear to be at variance with this guarantee.

This anachronistic and unconstitutional way of delivering education is likely on-course to cost the State €M in compensation claims that will arise in the near future when, for instance, some parent of a child in a school or adult, who was schooled in the primary school system, claims that he/she was subject to religious indoctrination in the classroom due to the fact that was impossible for the complainant child to prejudicially not receive the unwelcome material in the classroom. [Constitution Article 44.2.4]  Unknown costs may await the State due to this unconstitutional proselytisation and breaches of the UN Convention on the Child. Also if Tusla can’t address the most basic needs of children what will happen if there is a need to pay out compensation?

Our solution is for the State to revisit the original National School system (Stanley Letter of 1831) so as to avoid the expense of building new schools to suit every faith/belief system in every corner of the land. The state cannot afford that solution finding it difficult already in providing the funding for a natural population increase in the school-going ages when it is strapped for revenue.  Our solution eliminates inequality at a stroke and opens up every type of National School to local children irrespective of their faith or belief. Each one becomes a neighbourhood school as originally intended.